When Was The Mace Invented?

The mace could well be one of the oldest weapons in history, with an ancient stone mace dating back to the last Stone Age some 50,000 years ago.

The earliest mention of warriors using the mace (known as a Gada in India) dates back to the Hindu Warriors of India 1000 years ago.

The Hindu Warriors would train with a heavier mace made from thick bamboo and a stone lashed to the top to increase their strength and hone their fighting skills.

The Gada is still used today by Pehlwani wrestlers in Northern India and Southern Pakistan.

The famous Great Gama (pictured), was undefeated in his 50 year wrestling career and trained with the mace religiously.

From British India, the Great Gama was the first athlete to popularise the macebell.

He toured Europe in 1910 and defeated the top wrestlers of that era, with many other of best wrestlers simply refusing to fight him.

For the next 30 plus years the Great Gama defeated everyone he competed against before finally retiring in 1952 as undefeated champion.

The steel mace was the Great Gama’s training tool of choice and the Prince of Wales even presented him with a Silver Mace in 1922.

If you’d like to give mace training a go, we have maces available for sale on our online store. 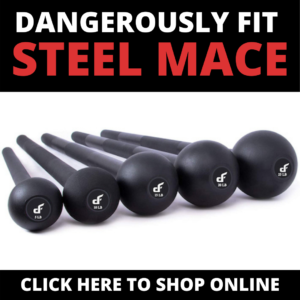 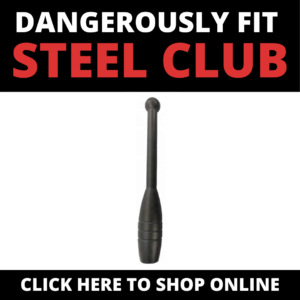